Our friends Nate and Kimi will be finding out this week what flavor of baby they're having, so I thought I'd just save them a bit of trouble and let them know I believe it is a girl this time around. Start picking out some good girl names, kidz, because Johnny's getting a sister!

(I will say that this prediction is disagreed upon and bet against by our friend Jay, so if I'm right--which duh, I am--I'll relish in the fact that I can say 'neener neener neener' as I collect my winnings!)

Stay tuned for our big announcement to be announced before the end of Labor Day weekend! And again, we're not expecting!

Jonesin' For Some Jack? 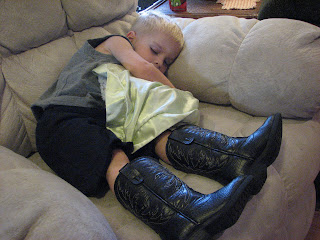 Yeah, we get it folks. You've missed this little guy like the dickens lately. Sorry for the delay in posts. Between being extremely biz and not having the best internet (for the rec, don't ever get Alltel Wireless if you're pondering that), we've been bad, bad bloggers. 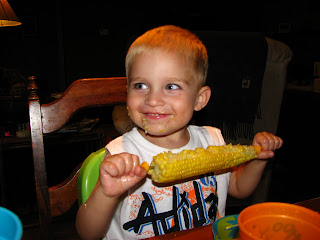 Grandma and Grandpa V were here recently and luckily Uncle Joe and Aunt Sarah sent some COTC with them for us to enjoy. And enjoy it Jack mos def did. He chowed the entire thing down to nothing. And his dad, like a weiner, cut all of his own off the cob so it wouldn't get stuck in his gums and teeth. 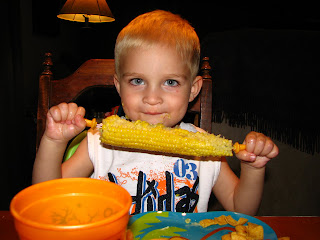 Thanks, Broseph and Sarah Janie (and Peytie and baby V too)! 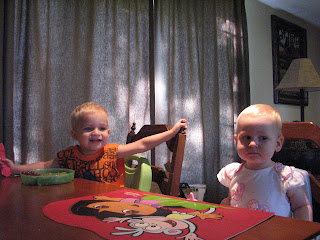 Our buddies Josh, Sarah, Ella and Brenna came over one night for dinner. It was a lot of fun and we caught the last eppy of "So You Think You Can Dance Real Good, Huh? We'll See About That!" At one point, Jack fell off something and blamed it on Josh. It was kinda redick, but I think he was more mad at Josh because he didn't catch him. 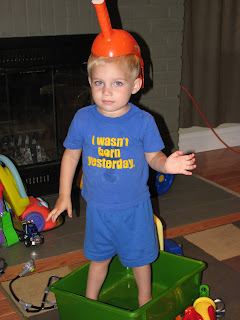 Jack, your shirt is saying one thing and your actions are saying quite the opps. 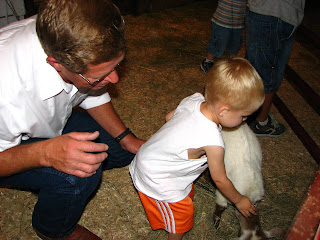 This was weeks ago, but we had Gramps and Grams here for an entire weekend. We had a great time (as per uszh). Here we are at the petting zoo at the county fair. We went over to enjoy all that the fair has to offer: animals, carnival rides, 4-H exhibees, funnel cakes, Motley Crue mirrors, etc... Well, when we got there it was drizzly so we went to the indoor petting zoo first. By the time we got done, it was very rainy, so we went home. It was not a total loss though 'cuz we got to see a lot of animals. 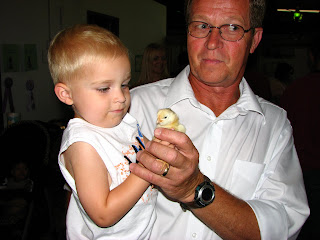 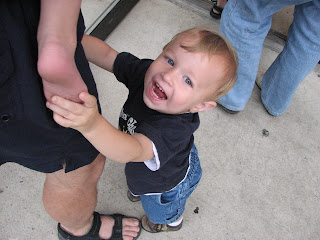 The night before we trekked over to K-Town to meet Aunt Missy, Uncle Jared, Luke, Matt, Nate, Jake and my cousins Larissa and Shane. Here's Nathan mauling Gramps when we got there. 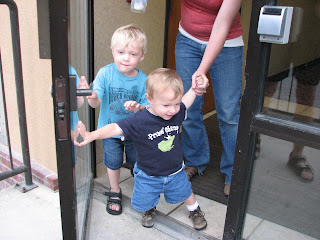 They could barely contain their excitement when they saw me. (Okay, not really. They were practically mowing over each other to get at Gramps and Grams. They didn't really even notice the rest of us. And that's the truth.) 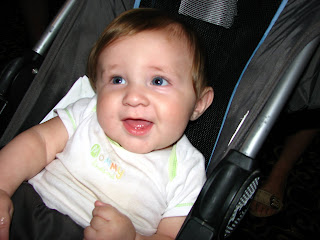 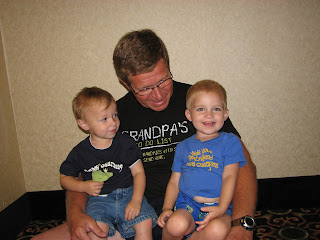 Gramps, Nate and Jackles. We're into funny T's in this fam. Nathan's says "Prince Charming" (totally true) and Jack's is the "Dude, Your Girlfriend Keeps Checking Me Out" (also true, but not in the way you think). Anyway, do you think these guys like the Gramps? Methinks so. 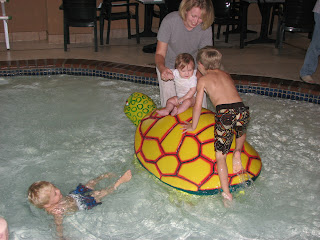 Missy and three of the five ornery boyz. Nathan and Jack were still competing for Gramps. 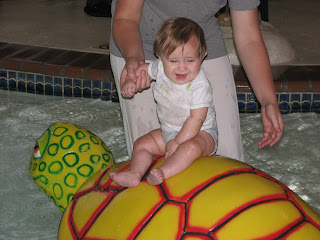 Look at those roly poly legs. Don't you just wanna pick him up and squeeze him? I do. And I did. 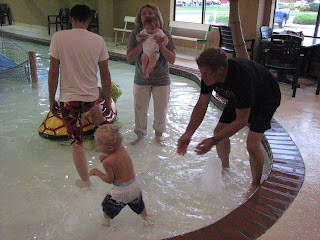 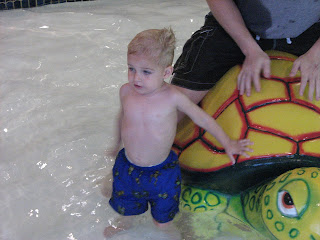 Jack and the turtle.
And that's a wrap, folks. Stay tuned cause we've got some official news coming up (and no, we're not expecting)!

Thanks, Johnny, Kimi and Nate! 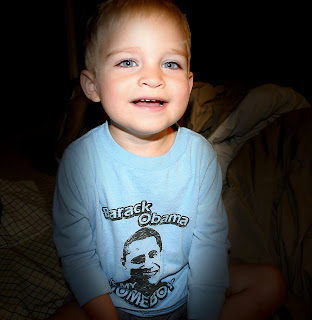 Our friends (who I didn't even get to talk to the other day when I saw them; lucky them) sent us a couple shirts via the Nanci Speedy Delivery Service the other day. Jack wore this one to daycare today, so we thought we'd take a quick snappy for the blog. The shirt says: "Barack Obama Is My Homeboy."
Thanks, Canfield Fam!

Slow On The Updates 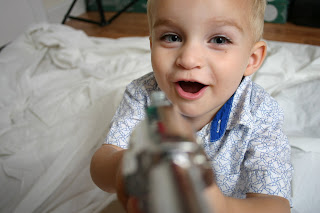 Here are a couple more photos to tide you over until we have some time to update this sucker here soon. Probably in the next couple days... 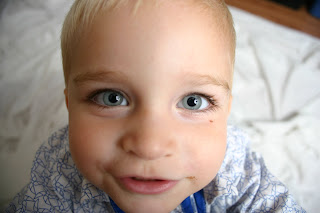 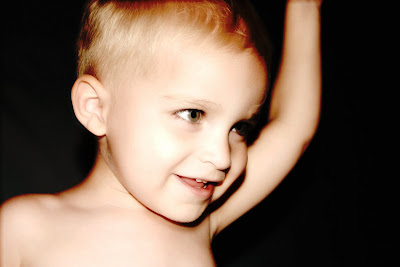 I have a million updates to do, but thought I'd offer this one up to convince y'all that this blog is still existent and all. Just been occupado a bit with a little project.